It’s All Greek to Me: A Brief History of Lorem Ipsum Text 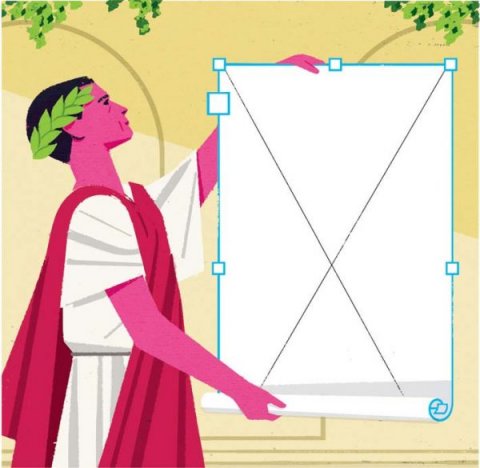 In the realm of text, there is no shame in being a dummy. For dummying is an essential activity of the design process. Dummying, or “Greeking” text—creating jabberwocky or unreadable words to demonstrate the look of typeset columns or headlines—has had a long and significant role in printing in the years since Gutenberg changed the world. The standard usage, created by an anonymous printer in the 16th century, goes like this:

The nonsense words Lorem ipsum, the most frequently used Latin words in dummy text, have roots in a piece of classical Latin literature from 45 B.C. According to lipsum.com, a Virginia Latin professor, Richard McClintock, researched one of the obscure Latin dummy text words—consectetur—and discovered it comes from sections 1.10.32 and 1.10.33 of De finibus bonorum et malorum (The Extremes of Good and Evil) by Cicero, a treatise on the theory of ethics that was very popular during the Renaissance. The essential line “Lorem ipsum dolor sit amet …” comes from section 1.10.32.

It is certainly something of a phenomenon that such an obscure text, used for such an arcane process as layout, has lasted so many centuries unchanged. Nonetheless, it does the job magnificently, making very clear that whatever appears using those jumbled letters in the first line is not actual text. Setting Lorem ipsum as a block or columns nicely recreates the exact word distribution and look of Latin-based alphabetic languages without the distraction that real text might bring to a layout proposal.

So successful is it, that in the 1960s Letraset even issued transfer sheets of Lorem ipsum copy, though type houses would often set their own repetitive paragraphs for dummying purposes.

Still, there are other ways to Greek a layout. Galleys from unused or published layouts are often substituted for live text—although this is potentially dangerous if an editor is wont to read the words before him. And depending on the level of quality the designer is hoping to achieve from a dummy, it is even OK—albeit disorienting—to place upside-down text to serve as dummy type.

While seismic shifts in technology and style have changed the design and printing industries over the past 100 years and we now have smart-everything, from phones to watches, it’s heartening that Lorem ipsum text remains the exact opposite: dumb.